After extensive research we are pleased to offer to you the most historical Roman flagrum (scourge) available today. This replica pulls from historical accounts to become a powerful visual teaching tool in explaining that Jesus not only died for our sins but He suffered to save us. His love is so powerful that he endured not only death on the cross, not only a crown of thorns, but also one of the most savage punishments given by the Roman government. The purpose of the Roman flagrum was to beat a person to the point of death. It literally pulled the flesh from the body. This is a great visual tool in teaching what Jesus experienced to save us from our sins.

Not intended for demonstration purposes. By purchasing this item, you certified that you are at least 18 years old.

To keep these replicas as “real” and historical as possible, these flagrums are handmade and will each have their own uniquenesses. The photos show a sample but variations may occur in the handle, the straps and the ends. Each flagrum includes 9 ends.

The Roman scourge, also called the “flagrum” or “flagellum” was a short whip made of three or more leather straps connected to a handle. The leather straps were knotted with a metal and sometimes sharp bones (such as the knucklebone of a sheep). The flagrum would sometimes contain a hook at the end and was given the terrifying name “scorpion.”  Scourging would quickly remove the flesh, leaving skin hanging like ribbons and sometimes even exposing the internal organs. It was a powerful weapon of torture and a brutal punishment carried out by professionally trained soldiers where the victim would be stripped naked, tied or shackled to a sturdy column or between two columns. Two soldiers would then beat the victim continuously. According to Jewish law, you could not beat someone more than 40 times, so the Jews always stopped at 39 lest they miscount and accidentally sin. The Romans, however, had no such law. This punishment was not so much about the number of lashes as it was about beating the person within “a step” of death and then backing off.

The church historian Eusebius of Caesarea recounts with vivid, horrible detail a scene of scourging. He says, “For they say that the bystanders were struck with amazement when they saw them lacerated with scourges even to the innermost veins and arteries, so that the hidden inward parts of the body, both their bowels and their members, were exposed to view” (Ecclesiastical History, Book 4, chap. 15).

Jesus endured this tortured. John 19:1 says, “So Pilate then took Jesus, and flogged him.”

“and He Himself brought our sins in His body up on the cross, so that we might die to sin and live for righteousness; by His wounds you were healed” (1 Peter 2:24). 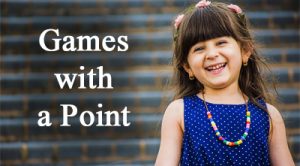 Games with a Point

Games are powerful ministry tools, especially for children who learn best by doing. Discover 45 of our favorite games in this section. Play the game, have fun, and use the spiritual application to help your children know and follow Jesus. 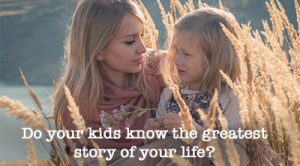 Do Your Kids Know the Greatest Story of Your Life?

Your story of how you came to Christ is the one story that everyone should know about you–your friends, your family, your children, your grandchildren–everyone. 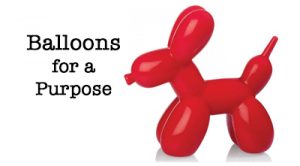 Balloon animals are a great way to engage people with the Gospel. Use them as a teaching tool, a conversation opener in evangelism, a tool while going door-to-door, or use them in ministry for sharing the Gospel at your church or in your community.