Eat your way to Easter

Make the cookies below on the night before Easter and share with your family the story of Jesus’ death and resurrection.

Let us make some Easter cookies and hear a tale that’s true. Of how Jesus died and rose again because of His love for you.

So grab what you need and pull up your sleeves. Then preheat your oven to 330 degrees.

Take one cup of pecans but before adding them to the bowl, take a spoon and beat them up, until they’re no longer whole.

Remember that Jesus was beaten too. He was hurt from head to toe and by His stripes we are healed. That’s how He loves you so!

Now take the pecans and set them aside. You’ll need them in a bit. And consider how anyone could reject the Savior the soldier’s hit.

Isaiah 53:5—”But he was pierced for our transgressions. He was crushed for our iniquities. The punishment that brought our peace was on him; and by his wounds we are healed.”

Vinegar was given to Jesus as He was dying for our sin. So take the bottle and fill one teaspoon. Then pour it right on in.

And catch a whiff of that smell.You’ll probably think it’s bad. It’s to remind us of Jesus’ agony, And the suffering that He had.

John 19:28-29—After this, Jesus, seeing that all things were now finished, that the Scripture might be fulfilled, said, “I am thirsty.” Now a vessel full of vinegar was set there; so they put a sponge full of the vinegar on hyssop, and held it at his mouth.

Now take three eggs and crack them open, but before you put them in, remove the yoke and throw it out and hear me once again.

The yoke stands for impurity and the bad things we have done. So throw sin out and give yourself to God’s one and only Son.

2 Corinthians 5:21—For him [Jesus] who knew no sin he [God] made to be sin on our behalf; so that in him we might become the righteousness of God.

Spinkle some salt in your hand and take a taste or two. How do you feel? What do you want? A drink when your through?

You are the salt of the world. That’s what Jesus said. To make people thirsty for something more, like a Savior who rose from the dead.

Now take a pinch and throw it in. And remember who you are. You’re salt. You’re light. You’re loved by God. You are His shining star.

Matthew 5:13-14-[Jesus said,] You are the salt of the earth, but if the salt has lost its flavor, with what will it be salted? It is then good for nothing, but to be cast out and trodden under the feet of men. You are the light of the world. A city located on a hill can’t be hidden.

Stir your blend and mix it up. How does it look to you? Not very good? Not very tasty? And yet we’re almost through.

Now fill one cup with sugar and pour it in the bowl. The sweetest part of this story is, Jesus died to save your soul.

Romans 5:8—But God commends his own love toward us, in that while we were yet sinners, Christ died for us.

Beat with a mixer on high speed for thirteen minutes long. Until peaks rise that symbolize the mountains of our wrong.

Who could remove such high peaks of error and mistake? Only Jesus Christ, the Righteous, the bond of sin can break.

To set you free and make you clean and make you whole once more. And give you heaven and life worth living. That’s why your sins He bore.

The white you see stands for His purity, that He never went astray. Tempted like us but without sin, He chose the righteous way.

And offered Himself on the cross, as a holy sacrifice. Who could ignore Him? Who could reject Him? And His offer of eternal life?

Hebrews 4:15—For we don’t have a high priest who can’t be touched with the feeling of our infirmities, but one who has been in all points tempted like we are, yet without sin.

Now fold the pecans that you beat, into the cookie mix. Each little piece stands for a time when we fell for Satan’s tricks.

Yes, we’ve all sinned and made mistakes and walked a different way, But it’s not too late to turn around and let Him save your soul today.

Romans 3:23—For all have sinned, and fall short of the glory of God.

Grab the wax paper and pull some off, and cover your cookie pan. And remember the covering the Savior gave, as nails pierced His hand.

By His blood salvation came, trough the breaking of His heart. To raise you from sin and the death within, and give you a brand new start.

True life is more than existence and breath, and making it through the day, It’s joy. It’s peace. It’s love and living with the Savior in every way.

Drop by teaspoons on the wax paper, the mix that you have made. Each little mound reminds us still, of the tomb where Jesus was laid.

Now put the cookies in the oven, and close the door again. And remember the price that Jesus paid, To buy us back from sin.

Now take some tape and seal the door, and remember the stone they used to block the entrance to the grave, with His body so abused.

Mark 15:46-47—He bought a linen cloth, and taking him down, wound him in the linen cloth, and laid him in a tomb which had been cut out of a rock. He rolled a stone against the door of the tomb. Mary Magdalene and Mary, the mother of Joses, saw where he was laid.

His disciples were grieved, distressed, and sad. They had a broken heart. You may be sad to leave these cookies but that is also your next part.

It’s time for you to go to bed and to wait throughout the night, And come and check these cookies again at the dawn of Easter light.

John 20:18— Mary Magdalene came and told the disciples that she had seen the Lord, and that he had said these things to her.

When certain followers came Easter day, an empty tomb was there. And angels greeted and sent them away with great news to go and share.

Death was defeated. The tomb was torn open. The Savior had been raised. “Jesus is alive!” the disciples were told, And they were all amazed.

When you came on this morning, looking for a cookie for you to swallow. You’ll take a bite and look with wonder: These cookies are empty and hollow.

Just like the tomb so long ago, where Jesus’ body was laid. But He’s not dead. He’s risen again! And a way to heaven made.

So if you’re not sure about your soul, remember His sacrifice. He’s the only way to heaven, you know. Why not give to Him your life?

Now after the Sabbath, as it began to dawn toward the first day of the week, Mary Magdalene and the other Mary came to look at the tomb. And behold, a severe earthquake had occurred, for an angel of the Lord descended from heaven and came and rolled away the stone, and sat upon it. And his appearance was like lightning, and his clothing as white as snow. The guards shook from fear of him and became like dead men. And the angel said to the women, “Do not be afraid; for I know that you are looking for Jesus who has been crucified. He is not here, for He has risen, just as He said. Come, see the place where He was lying. And go quickly and tell His disciples that He has risen from the dead; and behold, He is going ahead of you to Galilee. There you will see Him; behold, I have told you.”

And they left the tomb quickly with fear and great joy, and ran to report to His disciples. And behold, Jesus met them and said, “Rejoice!” And they came up and took hold of His feet, and worshiped Him.

We give you permission to copy and use the above Easter Eve recipe and poem with friends, family and with others in your church or ministry as long as you include the following footnote. This permission does not include publication or permission to sale. 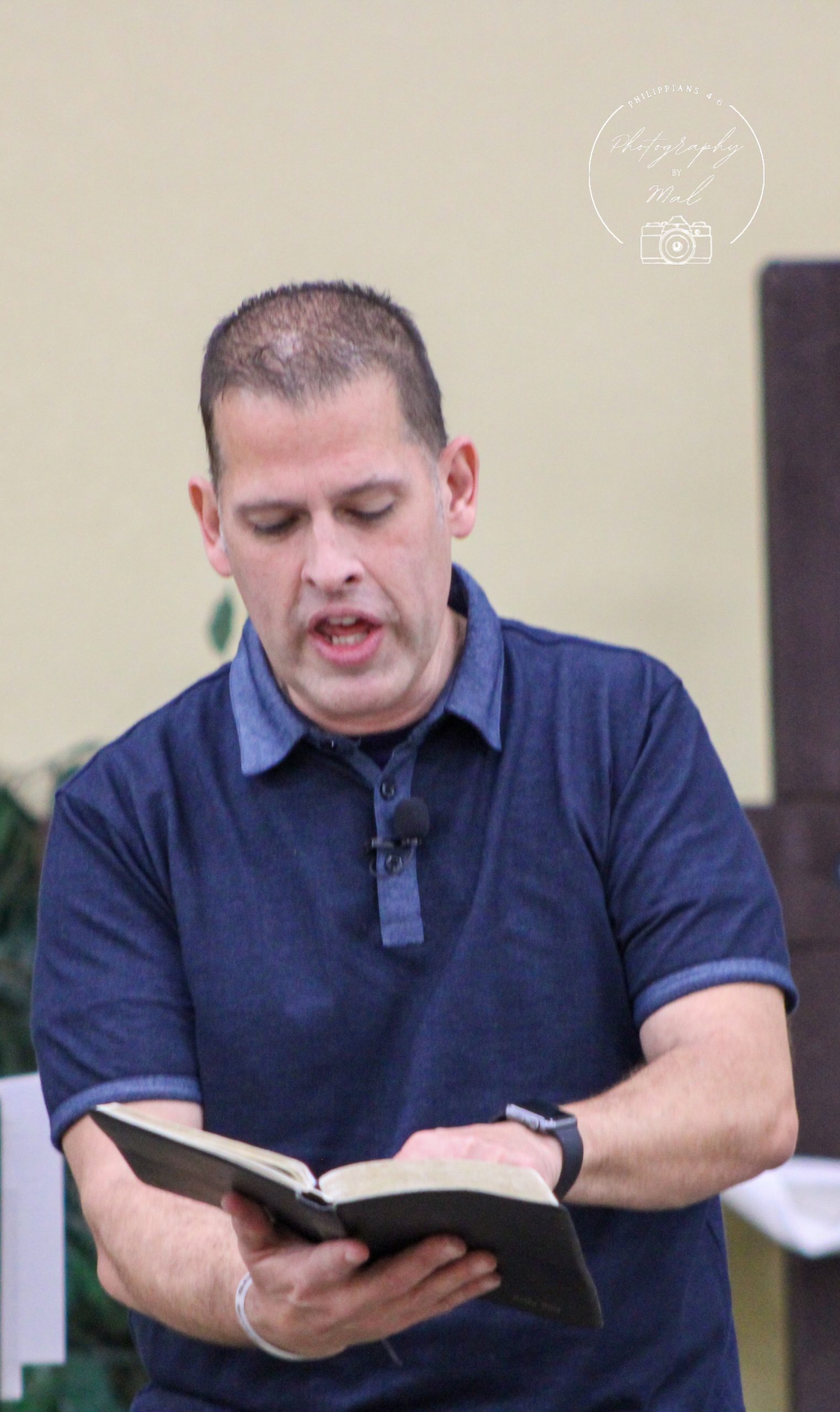 We travel around the world sharing the Gospel using a variety of creative tools such as: