“But he was pierced for our transgressions. He was crushed for our iniquities. The punishment that brought our peace was on him; and by his wounds we are healed” (Isaiah 53:5)

The Gospel writers didn’t give much description to Jesus’ scourging. A depiction was unnecessary because throughout the Roman Empire, people understood the severity of this beating. Isaiah 52:14 suggests that the Romans beat Jesus so brutally that people were appalled to look at Him. His form did not look like that of a “son of man,” or human. A very literal translation reads, “So marred from the form of man was His aspect, that His appearance was not as that of a son of a man.” This might also explain why Jesus was not easily recognizable after His resurrection.

Jesus not only died for our sins but He suffered to save us. His love is so powerful that he endured not only death on the cross, not only a crown of thorns, but also one of the most savage punishments given by the Roman government. The purpose of the Roman flagrum was to beat a person to the point of death. It literally pulled the flesh from the body.

The Roman scourge, also called the “flagrum” or “flagellum” was a short whip made of three or more leather straps connect to a handle. From this word, we get our English word “fillet,” referring to a strip of boneless flesh or a slice of meat, which is a good description of what this weapon would do to a human body.

The leather straps were knotted with a weight at the end and embedded with metal, nails, and bone shards. Sharp fragments from the knucklebone of a sheep were often used. The flagrum would sometimes contain a hook at the end and was given the terrifying name “scorpion.” Scourging would quickly remove the flesh, leaving skin hanging like ribbons, and would expose a bloody mass of muscle and bone, sometimes even exposing the internal organs.

The fragrum was a powerful weapon of torture and a brutal punishment carried out by professionally trained soldiers where the victim would be stripped naked, tied or shackled to a sturdy column or between two columns. Two soldiers, one standing on each side, would alternate hits, beating the victim continuously. According to Jewish law, you could not beat someone more than 40 times, so the Jews always stopped at 39 lest they miscount and accidentally sin against God. The Romans, however, had no such law. This punishment was not so much about the number of lashes as it was about beating the person within “a step” of death and then backing off.

Concerning the Romans flagrum, the church historian Eusebius of Caesarea recounts in vivid, horrible detail a scene of scourging. He says, “For they say that the bystanders were struck with amazement when they saw them lacerated with scourges even to the innermost veins and arteries, so that the hidden inward parts of the body, both their bowels and their members, were exposed to view” (Ecclesiastical History, Book 4, chapter 15).

The ends of the flagrum were short which gave the soldiers more control over the cuts. Long ends would risk the chance of severing the arteries in the neck and rendering a quick death. The purpose of this torture was to prolong suffering. Sometimes, if they intended for the person to die, they would first dip the scourge in goat’s blood to cause infection to create a slow and painful death. The point was to beat a person and leave them alive, although historians wrote that sometimes those who were sentenced with this punishment did die. The victims were left to live the rest of their lives scared and disfigured and would be a walking billboard saying, “Don’t mess with the Romans. If you defy the Romans, this is what they do to you.”

Roman soldiers were trained to begin with the upper torso. They would beat down the back, down the chest, up the back of the legs above the knees and up the arms. Sometimes more than one kind of whip was used on the legs and arms but the flagrum beat the body. The weighted ends of this weapon would tenderize muscle and would strike with a concussive force that could bruise internal organs. Against the chest, especially with the arms raised, this beating could cause a contusion of the heart, sometimes predisposing the heart to rupture if the beating was followed by crucifixion.

Blood loss during a scourging was severe. Sometimes the victim lost consciousness from extreme blood loss, and although the soldiers aimed their cuts, archaeologists have found the remains of scourge victims who had ends hit them both in the face and on top of the skull.
Josephus, a first century historian, noted that certain rebellious Jews were torn to pieces by the scourge before being crucified.

Jesus’ beating was so severe that He was unable to carry His cross. By the time Jesus was on His way to Golgotha, He would have been suffering from both blood loss and shock. His breathing was probably labored. His blood pressure would have dropped and His body was most likely shaking and trembling. His skin dangled like ribbons from His body. No wonder the women cried for Him.

He was also dehydrated, which is a by-product of severe blood loss. His tongue was probably beginning to swell as His body suffered from extreme trauma and exhaustion.

Jesus endured this torture. His blood was truly “poured” out for us as He was scourged. “He Himself brought our sins in His body up on the cross, so that we might die to sin and live for righteousness; by His wounds you were healed” (1 Peter 2:24).

This Easter let us not just remember that Jesus died for us but that He suffered for us. He bore in His body the full penalty for our sin and the wrath of God was poured out on Him for us. He bore our sorrows and the punishment of our guilt fell on Him. He suffered spiritual death and separation from His Father. He became sin, as 2 Corinthians 5:21 says, that we might become the righteousness of God in Him.

May we never take for granted the sacrifice God gave to save us. And this Easter may we understand with fresh significance the two greatest words of all: Jesus Lives!

Not a Cat of Nine Tails

Did you know that the Roman flagrum or scourge was NOT called a Cat of Nine Tails? This is a common misconception that is often taught in churches. The “cat of nine tails” was a whip that the British Royal Navy used during the 1700s and 1800s. It was based on the Roman flagrum but far less severe. This whip had nine ends with a knot on the end of each. It was used primarily with sailors and would leave cat-like-scratch marks on their backs. This is most likely where people get the misconception that the Roman scourge always had nine ends. The number of ends probably varied. There is archaeological evidence for a three-strand flagrum but it also might have had more, even up to nine.

Get your own Roman Flagrum

A great tool for sharing the Gospel. 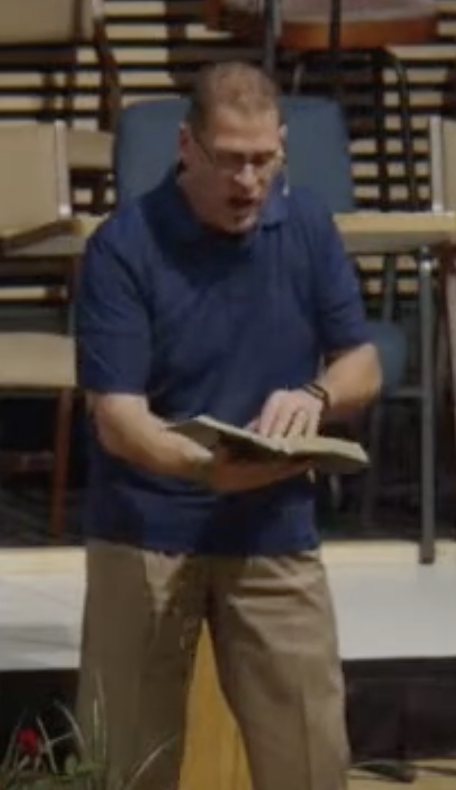