Crucifixion nails were different than other Roman nails. At the head, there was a lip, or second “head”, that would allow the soldiers to more easily remove the nail and the victim from the cross.

Read below for more details about the history and archaeology of Crucifixion Nails. 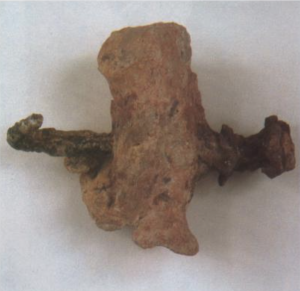 Crucifixion Nail Details
“In 1968 a significant archaeological discovery was made in a suburb of Jerusalem: an ossuary with the skeletal remains of a man named Yehochanan who had been crucified. Yehochanan had been nailed to an upright beam of wood through the ankle, but the nail hit a knot in the wood and bent, making it difficult to be removed after his death. And so a chunk of the wood was broken off, and Yehochanan was buried with wood and nail still attached to the ankle bone.” – Bart Ehrman, The New Testament: A Historical Introduction to the Early Christian Writings, 3rd Edition, Oxford, 2004, p. 156.

In the photo, notice the double head on the nails that would allow the soldiers to more easily remove the nails and the victim from the cross.

In addition, crucifixion nails, were roughly 7 inches long and with a diameter of about 3/8 of an inch and were driven through the wrists. The points would go into the vicinity of the median nerve, causing shocks of pain to radiate through the arms. The nails would be placed between the bones of the forearm (the radius and ulna) so that no fractures or broken bones occurred. Studies have shown that nails were probably driven through the small bones of the wrist, since nails in the palms of the hand would not support the weight of a body. In ancient terminology, the wrist was considered to be part of the hand. The result would most likely severe the median nerve, which is largest nerve in the hand, and would cause a severe burning pain as well as permanent paralysis of the hand.

The Persians created crucifixion but the Romans perfected it as a slow and painful means of execution. In fact, our English word, “excruciating” comes from the word “crucifixion.” The positioning of the feet was one of the most critical part of the mechanics of crucifixion. First the knees were flexed about 45 degrees and the feet were flexed (bent downward) an additional 45 degrees until they were parallel with the vertical pole. An iron nail about 7-9 inches long was driven through the feet between the 2nd and 3rd metatarsal bones. In this position the nail would sever the dorsal pedal artery of the foot, but the resulting bleeding would be insufficient to cause death. Sometimes, as in the photo above, a nail was driven through each heel to the outside of the cross post. Regardless of which way the feet were positioned, the resulting position on the cross, sets up a horrific sequence of events which results in a slow and extremely painful death. Having been pinned to the cross, the victim now has an impossible position to maintain, pulling up his entire body weight on nails for every breath to allow his lungs the ability to expand. Breathing would become more difficult as carbon dioxide would begin to build up in the blood stream. The heart would begin to race, trying to process oxygen more quickly. After several hours the heart would begin to fail and the lungs would begin to collapse and to fill with fluid. The blood loss and hyperventilation would cause severe dehydration. That’s why Jesus said, “I thirst.” The arm muscles would begin to paralyze due to extreme fatigue and would eventually stop working. The victim, at this point, while still slowly suffocating would stay alive by pushing up on the nail through the feet and if he lived too long, the Roman soldiers would break his legs, stopping all ability to breath. Of course, Jesus if perfect in every way, without any broken bones, but for six hours He endured the shame and pain of the cross because of His love for you and me.

“I am poured out like water, and all my bones are out of joint. My heart has turned to wax; it has melted away within me. My strength is dried up like a potsherd, and my tongue sticks to the roof of my mouth; you lay me in the dust of death” (Psalm 22:14-15). 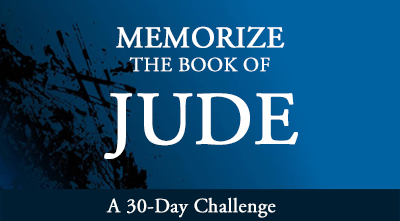 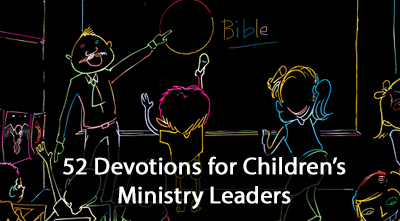 52 devotions to challenge and encourage children’s ministry volunteers. These devotions can be printed and mailed, posted to a website or sent by e-mail to your children’s teachers and leaders. 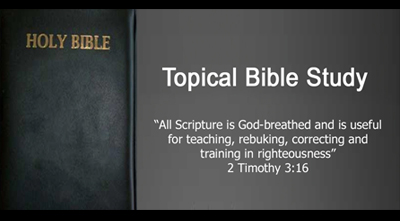 Most Christians believe what they believe because they’ve been told to believe it and not because they’ve seen it in Scripture for themselves. These topical sessions will give you every Bible verse on certain topics so that you can search God’s Word for yourself. 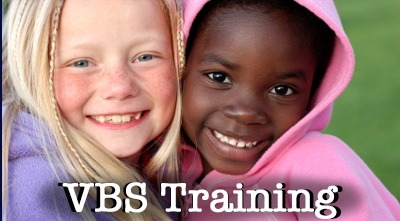 We have created an online training experience to equip your VBS leaders and give you a variety of options for this summer’s unique opportunities. Whether you were planning a regular VBS or looking for something new, this training is a perfect fit for your leaders.